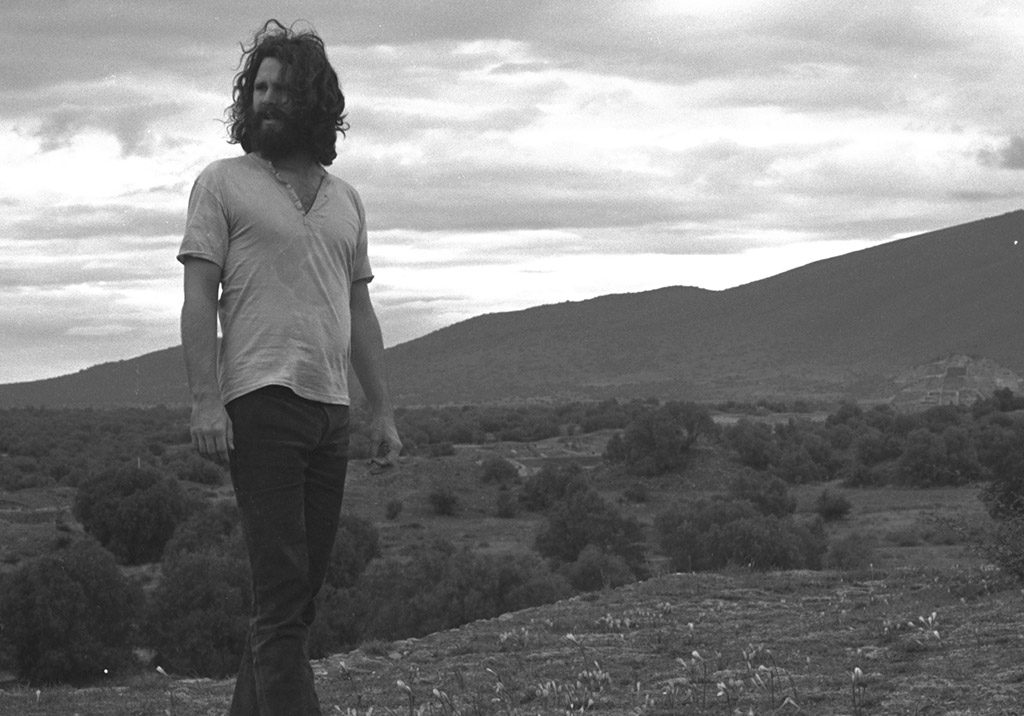 This poet-prophet rock idol flung the doors of perception wide open and as we read his poetry, for an instant we become infinite…

“Let’s just say I was testing the bounds of reality. I was curious to see what would happen. That’s all it was: just curiosity.”

The decade of the nineteen sixties was a melting pot of subversive young people who sought the perfect, free Utopia and who clashed against the boundaries imposed by the capitalist system. The arts and especially music were imbued by these feelings. Counterculture movements surged forth with the hippies leading the way, feeding their dreams with LSD and marijuana. In this explosion of sensations and colors, a mythical rock figure was born: Jim Morrison.

The Lizard King, as he was known, shoved the doors of the psychedelic wide open, wanting to find enlightenment through meditation stimulated by the consumption of drugs. He shared his feelings and his journeys to the boundaries of reality in the lyrics of the legendary band, The Doors.

One of the lesser known attributes of Jim Morrison’s rock star persona was that he was a poet at heart. People flocked to him as if he were a prophet who would lead his people to the mystical state he spoke of in his poetry. The following ten poems will be your guides to the world Jim Morrison constructed, which thrives beyond the borders of what is known.